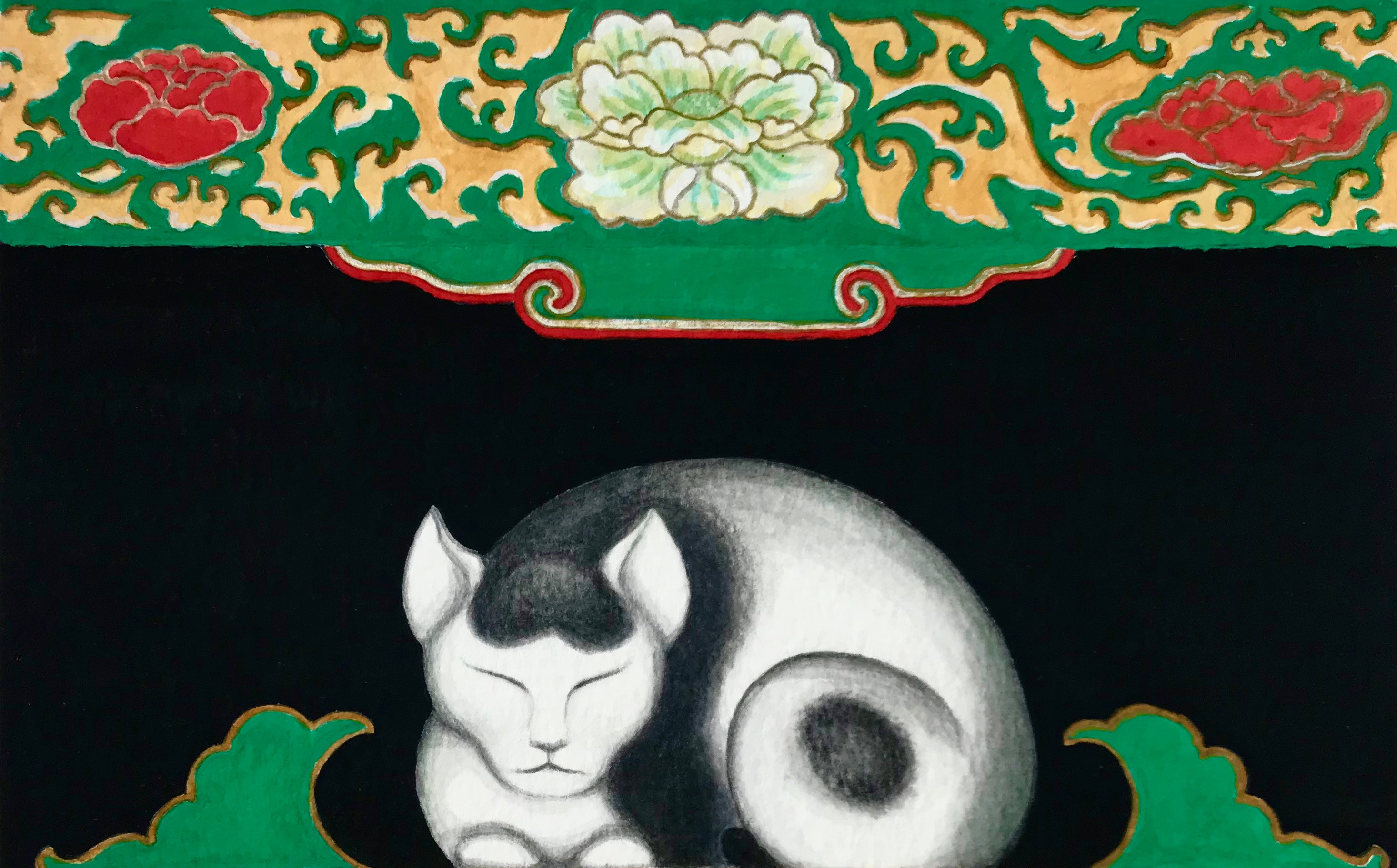 Why Paint Japan? I am asked that a lot.

When I respond that I lived in Asia for ten years, people imagine my life as an artist in Japan, me happily painting the days away. But that’s not how it happened. I didn’t do a single painting while I was living in Japan. The reason? It’s simple – I didn’t know how to paint.

I moved to Tokyo in 1991 as a newlywed. My husband was fluent in Japanese and soon entered the business world. I took a couple of jobs, teaching English for a few companies and even doing voice acting for animated children’s videos before landing a job with a Japanese electronics company. 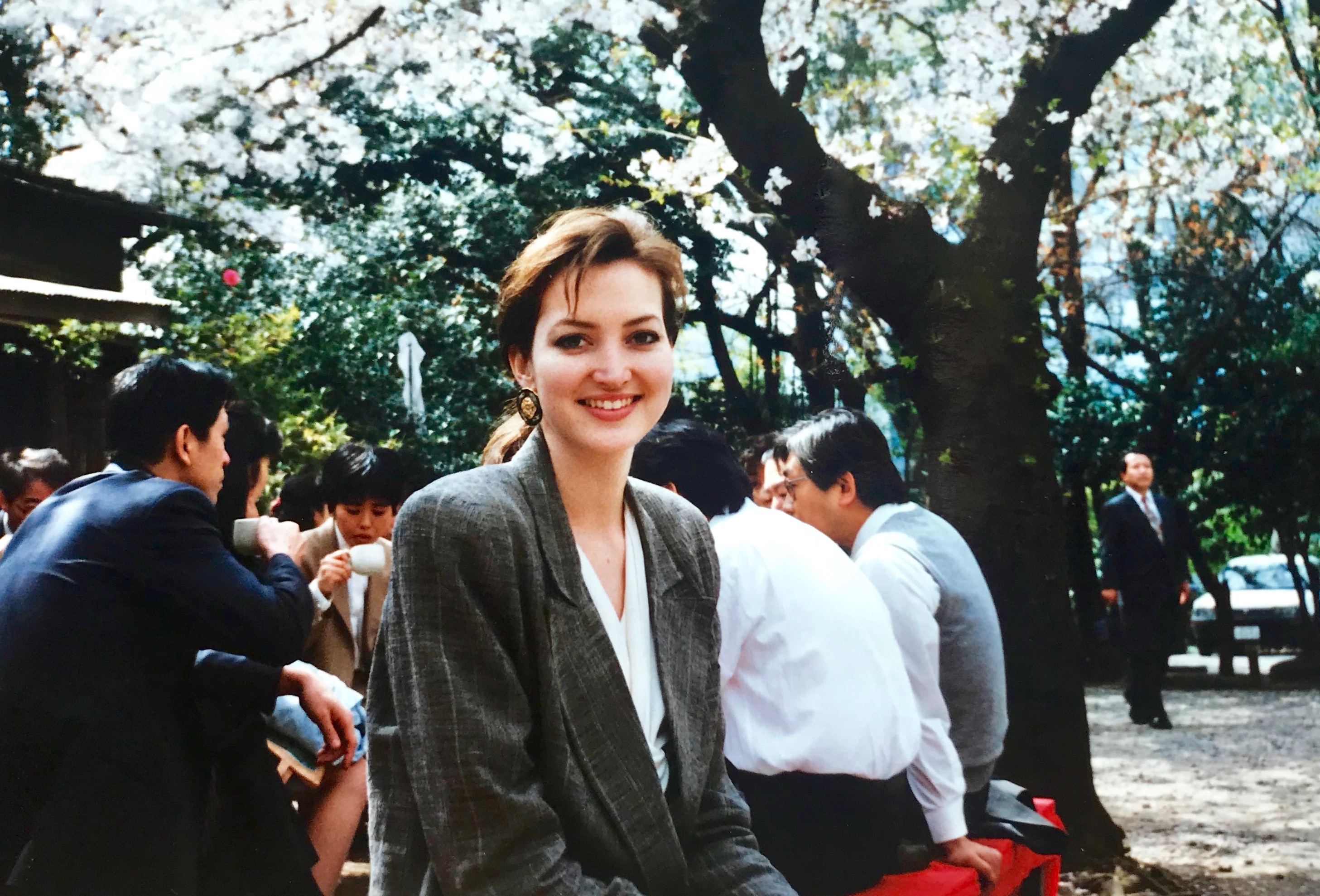 Lunch under the sakura trees, photo taken by a coworker circa 1994

I fell in love with Japan. I loved the the exactness, the politeness, the bowing, the traditions, the gorgeous kimonos. I absorbed Japan. And I sketched. I filled many sketchbooks with drawings, but my ability was limited to that of a pencil artist.

It wasn’t until I was 34, living in California with two little kids that I took a real watercolor class. My original intention was to learn watercolors in order to illustrate a children’s book about Japan that I was writing. The ideas for my book were floating around in my head and I had played around with different types of paint and colored pencils, but it seemed that watercolors would fit the Japanese style my book needed. Many of my early watercolors looked like this: 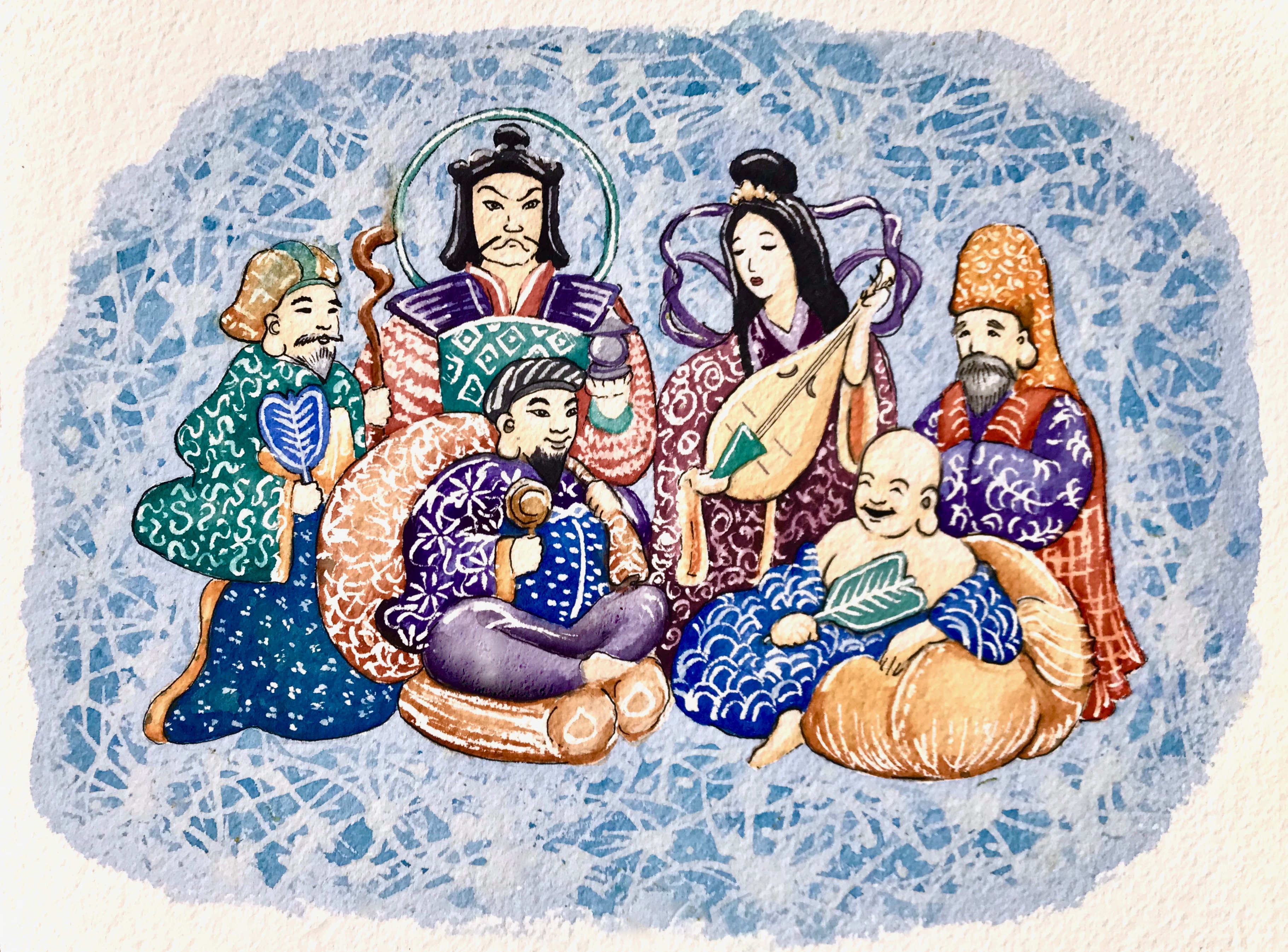 But as I spent more time painting, the less I wanted to be an author-illustrator and the more I wanted to be a watercolor artist.  And I found it hard to paint anything but Japan. It was what brought me the most happiness.

November 2020 marks the 20th anniversary of my return to the US from Japan. I can’t really wrap my head around that. I’ve been back to visit Japan probably 10 times, and each time I feel in a way that I’ve returned home. While I love the modern buzz of Tokyo, I like to take clickety clackety trains to small towns far from the city and just…breathe in Japan. 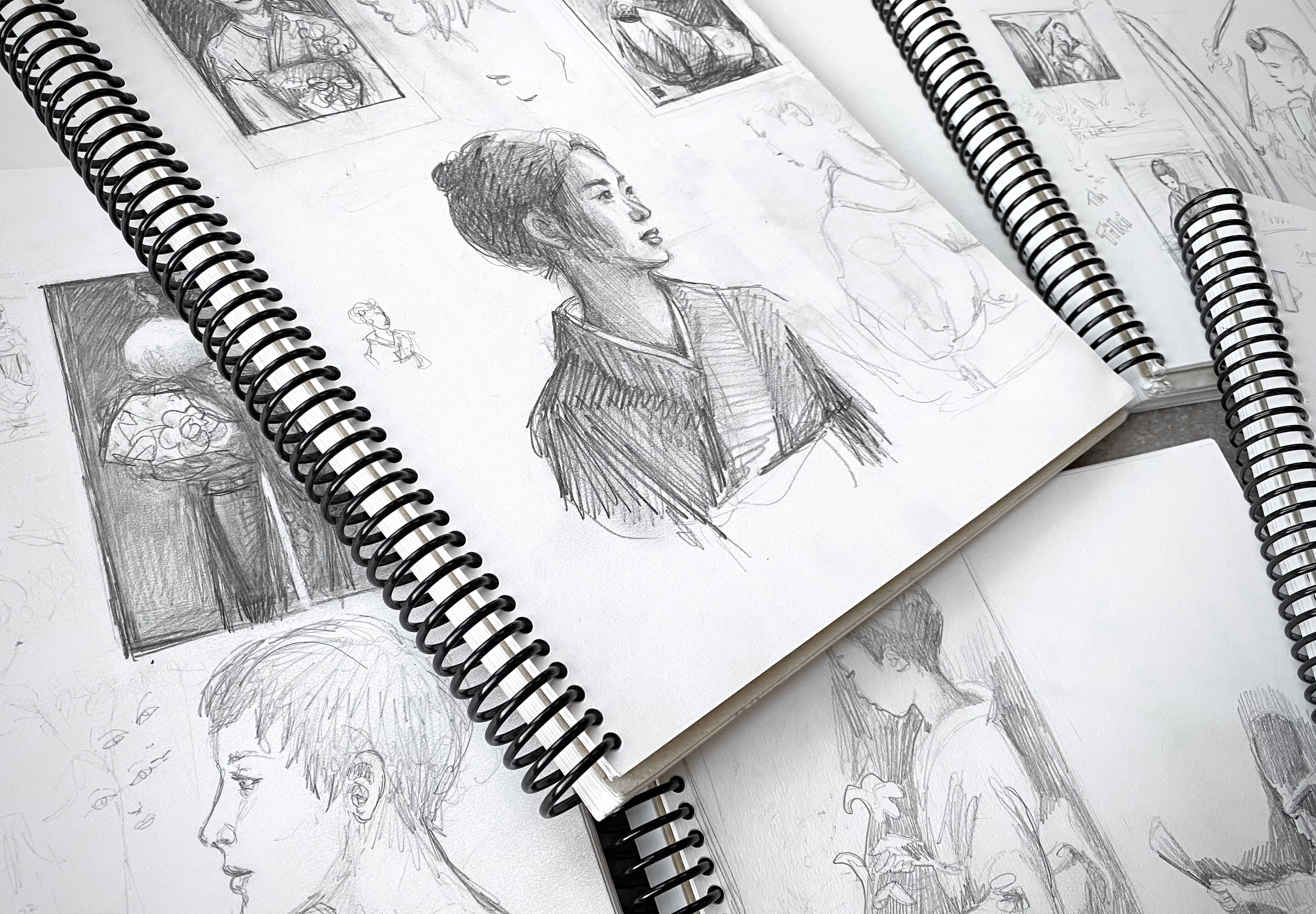 Anyone with the slightest interest in creating art should keep a sketchbook. No matter what kind of artist you are, a sketchbook is a personal record of your creative journey. The sketches in my books range from doodles to words to line drawings to detailed 3 dimensional drawings – the contents of the creative side END_OF_DOCUMENT_TOKEN_TO_BE_REPLACED 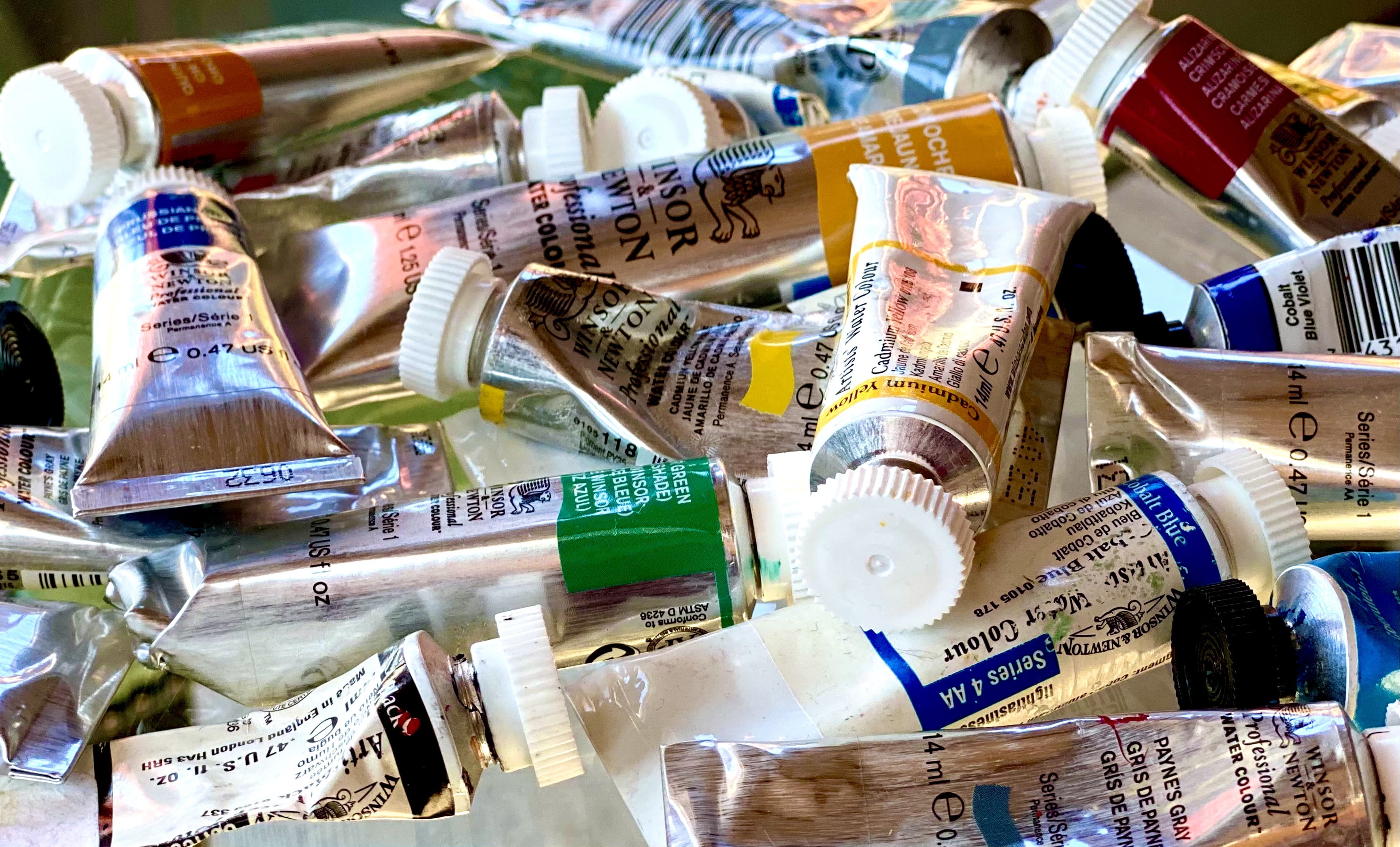 Let’s look into your past, to your very first watercolor painting experience – you were a young child with a children’s watercolor palette set, a plastic brush (or your fingers) and a piece of paper. Was I close? I’m describing my first experience though I don’t remember it exactly. Some watercolorists use palettes that look END_OF_DOCUMENT_TOKEN_TO_BE_REPLACED